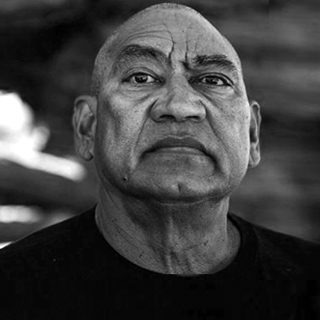 Nolan is a Bardi man with strong ties to his people and culture across saltwater country in the Kimberley in North Western
Australia, including ties through his father to Yawuru native title.

He has represented the Kimberley Land Council at the World Parks Congress and the UNFCCC Twenty First Conference of the Parties in Paris (2015) and the UN COP22 in Morocco on Indigenous cultural ecological knowledge and the Kimberley Fire Abatement Project that the KLC had been involved in setting up with north Kimberly native title groups.

In 2015, Nolan attended the UN Permanent Forum on Indigenous issues, advocating against the closure of remote Indigenous communities and has attended international forums in Istanbul, Copenhagen and Spain on Kimberley Indigenous voices around issues of cultural landscape protection, cultural enterprise, protection of heritage, and cultural integrity of country in the face of large-scale development pressures.

Nolan is an active campaigner for Indigenous rights to own and manage country, supporting advocacy that links international perspectives to Indigenous land justice and the right of Aboriginal people to make decisions about the management of their traditional lands. This encompasses the rights to have opportunities to economic and cultural enterprise, as it relates to the priority of cultural connection to land.