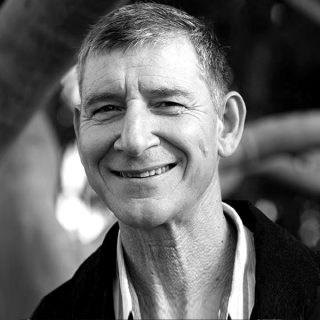 After gaining a Bachelor of Rural Science, Tony spent 18 years in Niger Republic as manager of the Maradi Integrated Development Project (1981 to 1999) as an agriculturalist and missionary with ‘Serving in Mission’. He managed famine relief interventions during five separate years, distributing up to 1,800 tons of grain per year and managing food for work programs assisting over 70,000 people. These activities along with overseeing a long term rural development program, contributed to a transformation in the way Nigeriens farm, and the reforestation of over six million hectares of land. Today the ‘Niger Phenomenon’ serves as an inspiration to re-greening movements globally. He also helped develop and promote alternate food crops, in particular, drought tolerant, high protein edible Australian acacias. For his 18 years of service to humanity and contribution to the environment the government of Niger awarded him it’s highest honor for an expatriate “The Order of Agriculture with Merit” (Merite Agricole du Niger).

Tony joined World Vision Australia in 1999 starting off as a program officer for Ethiopia and Kenya. Tony has initiated and/or overseen a number of landmark projects during his time with World Vision, including the World Bank/CDM Humbo Community Managed Natural Regeneration Project, the four country FMNR for East Africa Project and the Likimse Water and Sanitation Project. Currently Tony is the Principal Natural Resources advisor for World Vision Australia, and is heavily involved in promotion of forestry and agro forestry initiatives within and external to World Vision globally. His work and recent efforts have contributed significantly to greater international awareness on the impact and efficacy, and uptake of, simple, low cost, scalable methods of reforestation.

Tony and the FMNR technique have received various awards over the years. The most recent include, 2018 the Right Livelihood Award “for demonstrating on a large scale how drylands can be greened at minimal cost, improving the livelihoods of millions of people”, the World Future Council Agroecology Award and in 2019, he was appointed a Member (AM) of the Order of Australia (General Division).